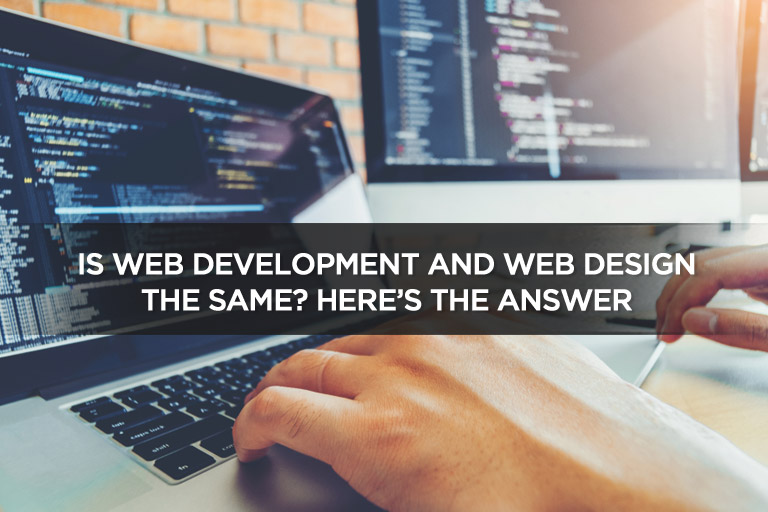 Web design and web development are two terms that are often used interchangeably. For some people, this is simply done out of convenience. In other cases, though, people may not fully understand each term well enough to know whether or not they’re the same thing. However, having a good grasp of the definitions of web design and web development can come in very handy if you ever need to hire someone to do any work on your website.

That brings us to the burning question: is web development and web design the same? The quick answer is no, but there’s more to it than that. Keep reading to find out what some of the key differences are.

What is Web Design? 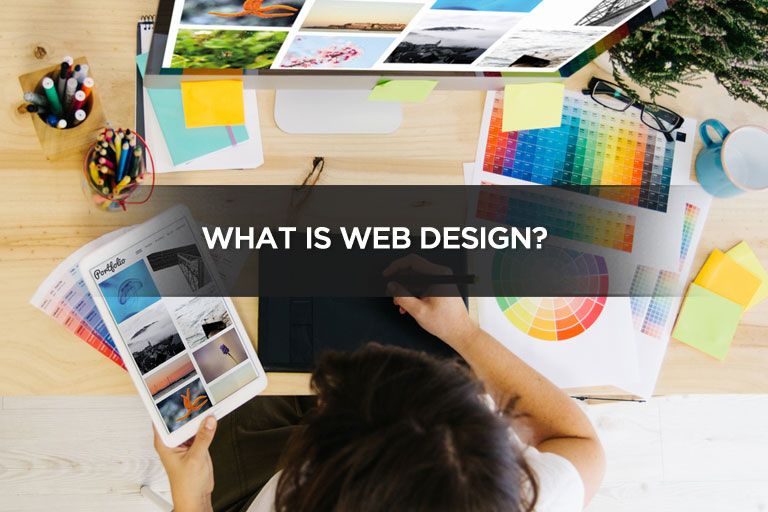 To put it simply, web designers are responsible for the overall look and feel of a website. They will design the layout and sometimes even add content to the site. Web designers tend to be very creative thinkers, although they will also need to have some technical skills – especially when designing larger websites. Although web designers may have some basic coding skills, writing code isn’t usually what they’re expected to do.

Instead, web designers may use photoshop or other programs to create mockups of how your website should look and/or function. Designers will consider things like colors, fonts, and consistency. This is very important because people are very likely to leave a website that they don’t find visually appealing.

What is Web Development? 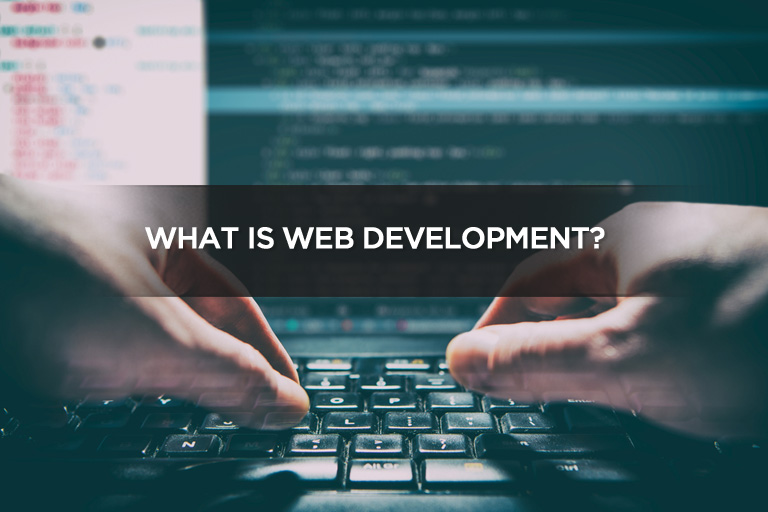 The term web development refers to all of the coding that goes into making a website. Code is basically a set of instructions that lets the website know how it’s supposed to function. On the surface, this may seem fairly straight forward, coding can actually be very complex. According to many sources, there are around 700 programming languages. While no web developer is expected to know all of them, it’s important to have a good understanding of the most common languages including Python, Java, and Javascript.

Web developers are typically broken into three categories based on their skills.

The term “front end” refers to the part of the website that visitors see and interact with. Front end developers are typically tasked with bringing web designers’ visions to life. In order to be a successful front end developer, a person needs to have a good understanding of UI/UX so they can ensure they are implementing things that are fully functional and visually appealing. Like web designers, front end developers will often have graphic design skills.

On the other hand, the term “back end” refers to the side of the website that visitors can’t see. The back end is where the database and servers are located. However, these elements ultimately impact the performance of the front end of the website. Back end developers are often the people who are responsible for fixing bugs and other issues that impact the website’s performance.

Which One Do You Need?

Even though we’ve already established that web design and web development aren’t the same thing, you may still be a little confused about which one you’ll need when it comes to a website. The short answer is that you may need both. Despite having different roles, web designers and web developers often work together to give clients the best final result.

Websites that are designed from templates can often be completed without the help of a developer. Basically, if you already have a website and the changes that you want to make relate to its appearance, you can probably hire a web designer.

However, if you’re looking to have a website built from scratch, a developer will be the person for the job. Keep in mind, however, that there are some people out there who are capable of doing design and development. 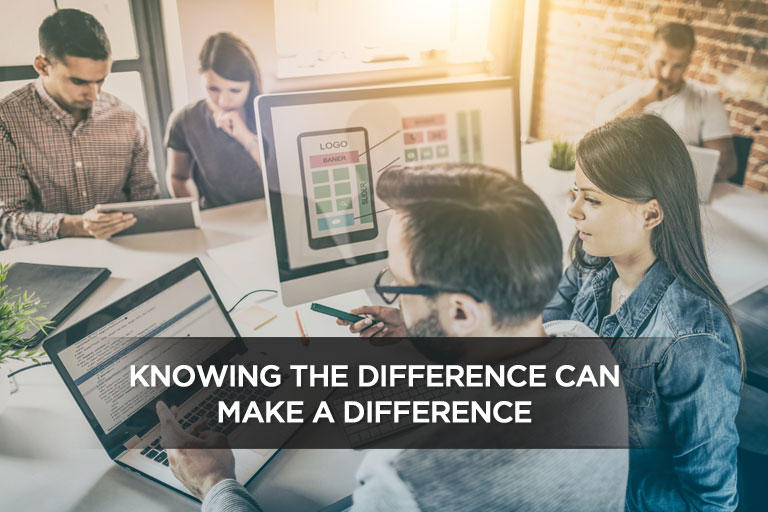 As websites continue to grow in importance, it is equally as important to make sure you have the right team working on your site. At Local SEO, we offer a variety of web design services. Whether you’d like a website created from a template, or are looking for something built from the ground up, we’re here to help. We have a long track record of success and we enjoy being able to bring our clients’ visions to life.

Contact us today to schedule a free consultation. We’re more than happy to go into more details about our services and explain how we can help you. 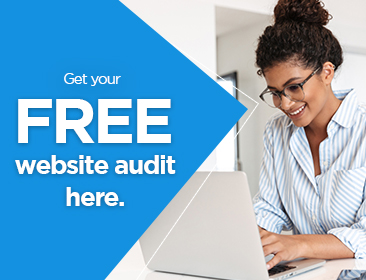